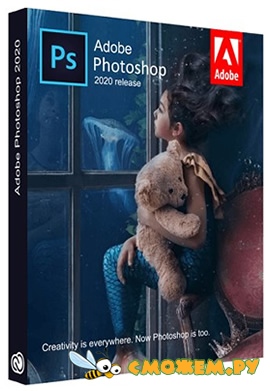 **8.** **Photoshop for Retouching, Pictographics, and Graphic Design** The first edition of this book went into great detail about retouching in Chapter 7. However, this book is focused on digital photo processing. Retouching is considered a separate topic from digital photo processing. For some, the idea of a book dedicated to _retouching_ (the act of enhancing or altering an image with the goal of improving the quality of a photograph) might be overwhelming. If you think this is a process for you, I encourage you to use the techniques that work for you. These techniques might include using a few Photoshop tools and filters to achieve the desired

A man who claimed he was a veterinarian and engaged in a lengthy and improbable dog-breeding scheme was sentenced to federal prison Tuesday for fraud. Stephen Jack Grady Jr., 24, of Plano, Texas, told a U.S. District judge he was part of a breeding business whose goal was to have his dogs compete in dog shows. Grady told the judge that the business, though fictional, was in reality a horse-breeding and dog-breeding business called Compete LLC. Grady said he met with other defendant Stephanie Bird, 25, of Plano, in 2009 and wanted to start a dog-breeding business that would make his dogs compete in shows. They formed a corporation and spent at least $98,500 on a farm in Ohio that they claimed would be used for breeding and raising dogs. They used more than $24,000 of the money for personal purposes, including a trip to an Ohio pizza restaurant, new coffee table, a Nintendo 3DS gaming system, and items for their son, according to a federal indictment. The government said they hired an Ohio wildlife biologist to care for the dogs while they were in Ohio. The operation included breeding and buying dogs from DogDayZ.com, a site that said it was owned by a company in Texas. The indictment accuses Grady and Bird of using the website as part of their scheme. Grady told the judge he thought he was a veterinarian. He said the Compete LLC and DogDayZ.com were two different companies; he said he wasn’t aware they used the same email address. At the defendants’ request, U.S. District Judge James D. Peterson did not immediately sentence Grady. He said he would do so at a later date. He sentenced Bird to 15 months in prison. In an email exchange with the court, Grady said he was in the United Kingdom and didn’t know where his girlfriend was. He said he was afraid of flying because of an arrest in Georgia in 2012 for drunk driving. Judge Peterson noted that Grady had previously been convicted of driving while intoxicated in Georgia. After that arrest, Grady said he had been drinking all day at a wedding with his ex-girlfriend, and he drove to his girlfriend’s home. He said he drank another 40 beers and then crashed into a tree, causing injuries to his leg. He said he checked himself into rehab, spent time in a hospital and was released. In December,

of the emoluments clause, and it does not need to be applied when the president is not able to negotiate foreign policy on behalf of the United States. Karen Freeman Hiatt writes on the topic “Did Obama Violate the Constitution?” in The Washington Post. She suggests that President Obama committed a number of constitutional violations, but that the violations that were committed did not rise to the level of impeachable offenses. Unfortunately for Ms. Hiatt, her arguments have already been refuted by the distinguished legal scholar John Yoo and by constitutional attorney Ted Olson. Her opinion is the typical opinion of a lawyer without legal training. Her piece will no doubt be reproduced in law schools around the country. David A. Anderson writes on the topic “Could Obama Also Be the First Defiant President?” in The Wall Street Journal. He suggests that President Obama has defied the U.S. Constitution repeatedly, and that we are witnessing the first defiant president in U.S. history. The only problem with this notion is that the law in this area is well settled. Kyle Drennen writes on the topic “If Obama is Defiant, the Supreme Court Will Ask Him to Obey the Constitution.” In The Hill, he suggests that President Obama may be leaving himself open to impeachment for defying the Constitution as written by the Founders. Kyle Drennen then goes on to suggest that if the Supreme Court rules against President Obama’s executive actions on immigration and healthcare, the Court will use its inherent contempt powers to compel President Obama to obey the U.S. Constitution. The courts have never ordered a sitting president to obey the U.S. Constitution, and as a matter of constitutional law, it is highly unlikely that they would order a sitting president to obey a law that is being ignored by his administration. Stephen Coughlin writes on the topic “Applying Impeachment Proceedings to Foreign Transactions.” In The Washington Post, he suggests that the Constitution allows the president to engage in foreign transactions for the benefit of the United States, but that the president is subject to the emoluments clause and the Take Care Clause when he engages in foreign transactions. He argues that President Obama should be impeached for violating the emoluments clause when he signed the Trans-Pacific Partnership. He fails to explain why one can be subject to the emoluments clause and the Take Care Clause, but not subject to the emoluments clause and the Take Care